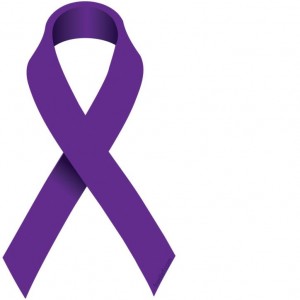 The tragic news about the abduction and killing of 10-year-old Jessica Ridgeway have lead many parents to wonder what, if anything, they should say to their children about the tragedy. What to consider: if children of any age have seen it on TV or overheard an adult comment about it, it is a good idea to address it with them. Many times we discard kids’ ability to understand what they hear and end up leading them to ‘fill-in-the-blanks’ of the incomplete pieces of information they heard or saw. Now, if your child is school age, make sure to communicate about it with them – trust me, kids will share this type of information with each other, and it would be good for you to take the opportunity to share your own version of what happened. It is sometimes important that you breach the subject with them so that they know it is safe to talk to you about it, and that YOU can handle to talk about those difficult subjects. As you talk about it, allow them to ask questions and make sure you answer them truthfully, but without the need to be too graphic. It is important to be truthful, and to use age-appropriate language to explain death and the fact that ‘not everyone is nice’. Listen to their concerns and do not discard any worries they have – if kids do not feel you are listening and valuing their thoughts and feelings, they might stop sharing them with you. Keep the line of communication open and they will know to come to you if they feel threatened or confused about something in the future as well.
Parents themselves also have their fears renewed about something happening to their own child. It is key to consider that this might be an opportunity to talk to your children about their safety. One of the ‘old’ ways to conveying to the kids the need to be careful is teaching them about ‘Stranger Danger’. Authorities consider that many of the cases of child abduction have been perpetrated by people who was known by the child, and NOT a complete stranger. It is important to tell them specifically the names of who would be safe to get in the car or leave with – anyone else is an automatic ‘NO!’, even if they are a neighbor/coach/teacher/relative. Because kids think more concretely, make sure to also explain that bad people do not usually look dangerous – they could look harmless and even seem sweet, just offering a ride or asking for the child for help. Convey to them that, although they are safe, they need to understand that there are certain things they need to know/do to stay safe.
Don’t forget to be aware of your own feelings. Traumatic events we follow in the media can make old wounds resurface, and even seemingly unrelated past issues or traumas could ‘come back’ (for you, but also for your child).
If you feel you and/or your child are having anxiety – and a difficult time moving forward from any of those things mentioned – you do not have to just suffer through it. If you decide to seek professional help, call me and set an appointment today. Healing is possible and therapy can help.

Therapy: An Answer To Prayer?

I recently heard from a friend she thinks Christians who have emotional wounds should not seek psychotherapy/counseling because doing so would be due to a lack of trust in God’s healing. This conversation got me wondering how so many Christians have acquired this prejudice against, not all health care services, but only that specifically related to mental health. As we continued talking about this subject, it came up that, when believers break a leg or discover they have diabetes or cataract, there usually is no second guessing the decision to go to the doctor and receive some kind of therapeutic intervention. To be treated by health care professionals is the logical and responsible thing to do when your physical health is compromised. However, when it comes to an invisible injury that affects emotional and psychological functioning, so many believe that prayer is the only true step towards healing Christians should take. The distinction between the two attitudes is intriguing to me, and it is also sad because it is hard to see fellow believers living with emotional pain for years (even decades) without seeking professional help that could bring an end to their (often secret) misery. It almost seems like there shame in asking for help, but it is actually in line with our Christian belief to do so, as it is a sign of humility.

This topic reminds me of the well-known tale of the man who sat on the roof of his house during a flood. For the few that have never heard the story, here is the idea: a man prayed and asked God to rescue him.  Each time a rescue crew came – by boat, by helicopter – he refused to accept their help, stating he had faith that God would save him. At the end, he drowns in the rising waters and meets God in heaven. As they meet, the man asks Him the reason why He didn’t come and save him, when he had so much faith God would do so. God replies he did send several rescue teams in response to his prayers…

So when we ask God to heal us from our emotional pain, anxiety, or from debilitating depression resulted from a traumatic experience or a difficult loss, I wonder why there is a tendency to only allow supernatural intervention as something God would work with, and neglect the professional help that is available. Somehow, there is a stigma in many (thankfully, not all) Christian circles which gives a negative connotation to clinical counseling, even when the professional counselor is a fellow believer.

I believe that Jesus really meant it when He says He came so that we could have access to life, and not just ‘survival’ life, but abundant life. One has to see psychotherapists as a gift from God to bring His healing presence in your life, just as a knee surgeon (for example) would be. If we were all more open to seeing God move by using people as His hands and feet, we would see more born-again Christians living a full life experiencing His healing and His joy.

The Big Deal about the New Year

I have been thinking why there seems to be an excitement in the air that is unique to this time of the year. What can a calendar flip give us that is so special? In my conversations with friends about the anticipation for that first hour of the new year, I found there seems to be several elements that makes this season unique.

For those who have experienced hard times in the year that’s ending, it is the ability to see problems get smaller in life’s rear-view mirror. Those who have waited for ‘the big break’ professionally, look forward to the new year because of the potential it brings for it to finally happen. Others think of it as a possibility of a ‘do over’ in many ways, and the promise of a fresh start – a chance to act on things that they have not started (or not quite finished) is just barely at reach, as January seems perfect as a sort of ‘due date’ to take the first step. There are also those who want to experience a better quality of life and intend to take action towards becoming healthier physically and emotionally when the new calendar starts.

Considering the possibilities of what lies just around the year’s corner, it seems only natural to dream and wish for what’s to come. I am as hopeful as anyone that the New Year ushers in sweet surprises and am even optimistic about perhaps checking off some items on my own ‘bucket list’.